Heber City is located in the Heber Valley in Wasatch County, Utah. Heber Valley was first settled in 1858, with the first permanent residents staying in 1860. Heber City was incorporated into a city in 1889. The population of Heber City at the 2010 Census was 11,460. Heber City covers 4.05 square miles. U.S. Highway 40 runs through the center of town.

Wasatch County is a recreational area with Strawberry, Jordanelle, Deer Creek and Soldier Creek Reservoirs. The county is bordered by the Wasatch Mountain Range and the Uinta Mountains. Heber City hosts an annual Native American Powwow, High School State Rodeo Finals, a demolition derby, fair days, cowboy poetry, antique car show, concerts in the park, several rodeos and Swiss Days, which is held in Midway, located three miles from Heber City. Several movies and television shows are filmed in and around the city. Heber Valley was a host to part of the 2002 Winter Olympics, with three venues: cross country skiing, biathlon, and Nordic-combined events. 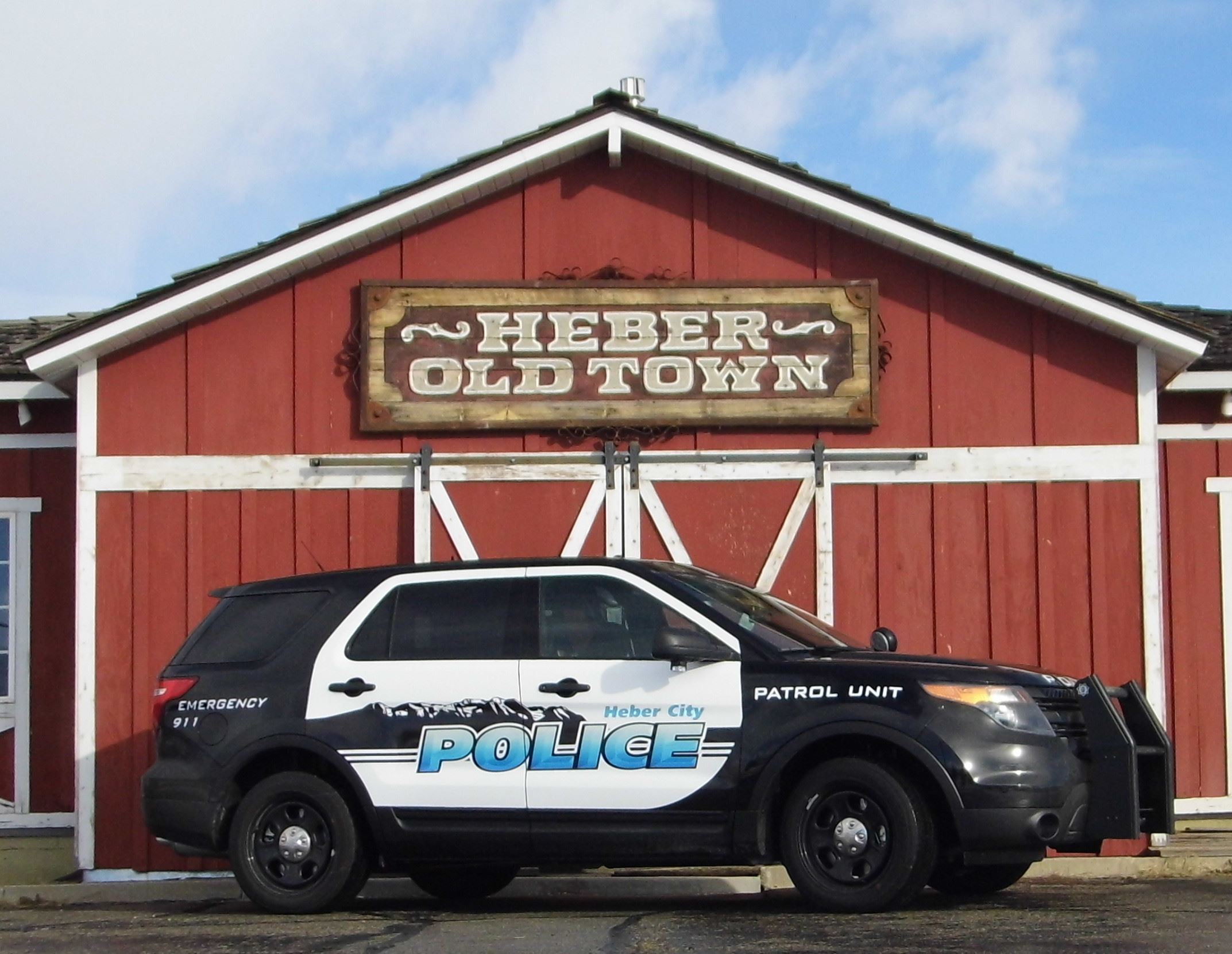 Police Officers handle a variety of calls, including, but not limited to:

Officers are active in the community and with COPS programs. The police department helps with the Special Olympics every year with fund raisers and a torch run. Officers are available to go to the schools with different safety and awareness programs. The police department is active with the Wasatch County/City Health Department and participates in the annual health fair, safety fair and with tobacco violation programs.