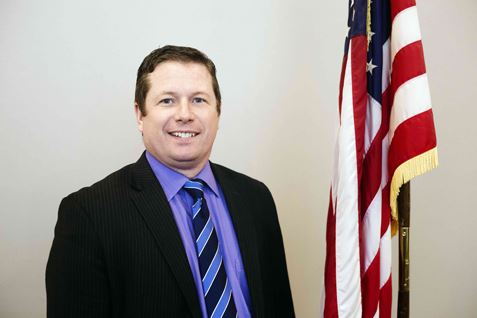 Jeffrey Smith was born in northern Utah into an agricultural family. His parents later made their home in Hoytsville, Utah when Jeff was young. Growing up with four brothers, feeding cows, moving sprinkler pipe, and hauling hay taught Jeff the value of hard work and the importance of finishing a job.

Jeff graduated from North Summit High School and served an LDS mission in Lansing Michigan. Jeff spent three years as a Corrections Deputy with the Wasatch County Sheriff’s Office and the Summit County Sheriff’s Office. He attended Utah Valley University and earned a Bachelor’s Degree in Accounting and later went on to the University of Utah to earn an MBA and became a licensed CPA.

Jeff has worked in the accounting industry for many large companies, including an oil company, hotel, a large retail clothing company, and presently is the Controller at MIRO Industries, Inc., a light manufacturing company here in Heber City. Some of Jeff’s accounting career was also spent as an auditor for KPMG, a worldwide accounting firm. While there Jeff was assigned to work with a team of auditors doing quarterly reviews and annual audits of large companies that are traded on the stock markets. The audit reports were submitted to the Security and Exchange Commission per federal law. Being objective, seeking facts, and asking hard questions to management soon became a large part of his job as an auditor in order to help provide financial information to shareholders and the public.

Jeff’s wife, Marie, graduated from Wasatch High School and the two have lived in Heber City for over 12 years. Together they have four children and love living in this beautiful valley.