What is Ranked Choice Voting? 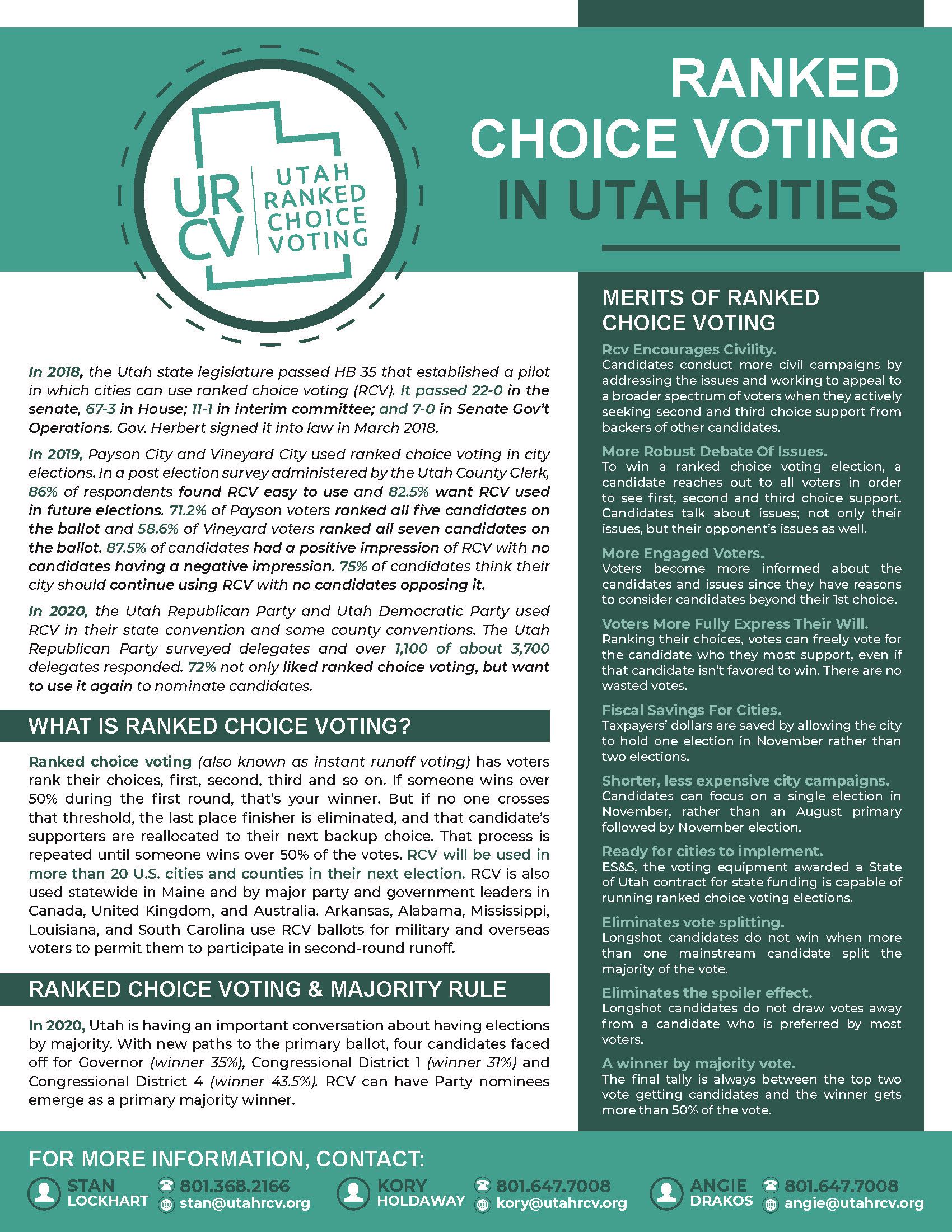 Links to more information about RCV

At caucuses and conventions, delegates saw ranked choice voting in action. Benefits in the party process included a much shorter day because delegates and neighbors only had to vote once and winners garnered majorities of the vote.

On March 13, 2018, Governor Gary Herbert signed Utah House Bill 35 ( HB0035) allowing municipalities to pilot ranked choice voting or instant runoff voting.  The bill passed with an overwhelming majority of 22-0 in the Senate, 67-3 in House; 11-1 in interim committee, and 7-0 in Senate Government Operations.

House Bill 35 allows municipal elections to use ranked choice voting. The pilot runs from 2019 to 2026.

You can contact your city council to encourage them to pilot ranked choice voting in upcoming elections.

Here’s how it works - it’s all about more options for voters: Ranked choice voting allows voters to rank the candidates they like best in order of choice while still giving them the option to choose just one candidate. Instead of choosing just one person on your congressional ballot, you rank all of them in order of preference. If someone earns more than half the votes, they win, just like any other election. If not, the person with the fewest is eliminated and everyone who picked that person as ‘number 1’ has their votes count for their second choices. This continues until someone has a majority of votes.

This means no more candidates winning without majority support. It also ends eliminates vote-splitting and spoiler candidates. Instead, voters feel free to choose who they really like - as many as they like- knowing their choices truly count toward electing their representative.